Get Off The Phone And Plank! 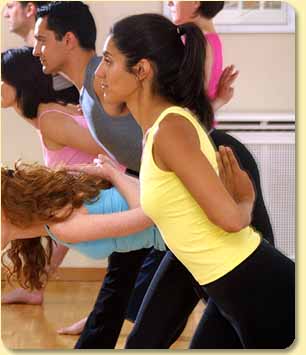 Although I don’t agree with the decision that her employer, Plus One Health Management, made in releasing her, I do understand the politics behind it. I’m sure Facebook and Cisco are paying a premium price to offer Yoga classes to all their employees and they want to keep their employees happy and Plus One Health wants to keep their customers happy. It’s too bad that politics is more important to your health and wellness than etiquette, common sense, and safety.

As a general rule, I don’t allow my students to use their cell phones during class. They’re instructed to turn off the cell phone ringer as well. Once in a while, someone forgets to turn off the ringer (I’ve even been known to forget as well :-)), but unless it’s an emergency, the call can wait until after class. The one exception is if someone is on call for work, such as a Doctor, Nurse, or Technical Support.

Let’s look at the reality of this. If you’re using your phone while you’re in class, you’re telling your teacher and your fellow students that using your phone is more important than what is happening in class. You’re distracting everyone, which is a problem since everyone is there to take a class, not watch you fiddle with your phone.

It’s also a safety issue. If you’re checking your phone to see who’s called or tweeted, then you’re not focused on your pose or your form. This could lead to an injury. At the very least, your not going to get the full benefit of the exercise.

When you’re in class, whether it’s tai chi, qigong, yoga, or meditation remember why you’re there. You are there for health, wellness, to relieve stress, and to better yourself. You don’t need to be in constant contact with the outside world. If you think you do, then you might do well to lose the cell phone for a while. Trust me, the world won’t end.

On the off chance that you do need to be connected to the outside world during class, always let the teacher know and do your fellow students a favor and step to the back of class to minimize disruptions.

Cell phones and other technology conveniences are becoming ubiquitous in our society. But, that shouldn’t preclude you from using a little common sense when using them.